The footnote of ‘Adil Alu Hamdan regarding Abu Hanifah

Whoever opposes only one principle from the principles of the Sunnah, then he is an innovator

Some issues regarding the people of innovation

Here you can find and download texts that are related to the issue of judging upon the apparent, and refutation of the modern time Khawarij who insists on their hideous bid’ah of declaring anyone a disbeliever until they test them in their beliefs, even if they ascribe to Islam, say La ilaha illa Allah and pray the the prayer of Muhammad (sallallahu ‘alayhi wa sallam).

Accepting the outwardly Islām and not looking into possibilities and assumptions

One hadīth to break the backs of the people of bida’

Some shubuhāt (doubts) in connection with judging upon the apparent

Here you can find ebooks and articles about the meaning of La ilaha illa Allah, and what it contains of issues such as: Al-Kufr bit-Taghut, declaring takfir upon the mushrikun, the pillars and conditions of Tawhid and more.

For a summarized overview of important issues on Tawhid refer to the book “An introduction to Tawhid and Sunnah”. 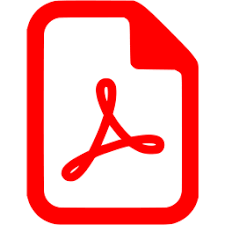 UPDATED!! Some issues regarding takfir

END_OF_DOCUMENT_TOKEN_TO_BE_REPLACED

Here you can find articles about the consequences of sinning and disobedience towards Allah the Exalted, and some of the traps that the Shaytan may be able to lure the Muslim into without him being aware of this. All in the light of the Quran and Sunnah.

Do not come close to zina (fornication)

Yes I know, but I did not commit shirk